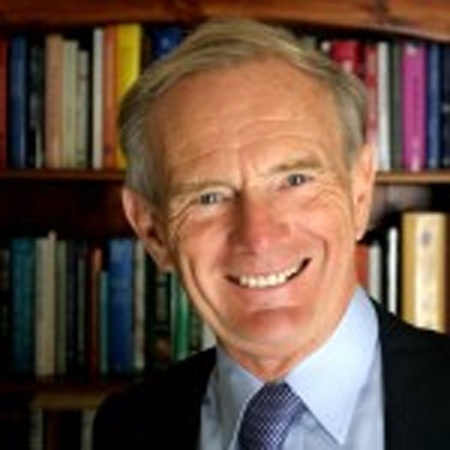 For more than thirty years psychologist and neuroscientist Dr David Lewis has been studying the unconscious mental processes that underpin every aspect of our lives, from the political opinions we hold and the brands we buy to the friends we make and the emotions that drive us.

Known as the father of the billion dollar Neuromarketing industry, he was the first person in the world to use EEG or electroencephalography to read the electrical patterns in the brains of people watching TV commercials. This built on work by Krugman in the US who conducted the first experiment using electrodes to decipher the subconscious thoughts and feelings that occur below conscious awareness. He monitored his secretary as she watched part of a TV show and read a magazine.

During those early studies Dr Lewis monitored more than 30 commercials and used around 300 subjects over a six month period which included a two month follow up to test recall for the commercials they had seen. He has since gone on to pioneer commercial uses of the EEG techniques to get a better insight into exactly what drives consumers when they’re buying in store and online.

His company, Mindlab International specialises in using brain imaging and eye tracking, together with other technologies, to get inside the heads of consumers During the course of his research, he has noticed significant differences in the way the behaviour and expectations of young people who have grown up with the internet compared with older people who have had to acquire the skills as adults. He has named these groups’ digital natives and digital immigrants respectively.

AWA optimisers got the chance to quiz Dr Lewis on his research at one of our regular quarterly meetings.

They are. I think the younger generation, what have been termed ‘digital natives’ are much less forgiving of any retailers they feel are wasting their time or in some way messing with their heads. They have so much choice, and they have such a sense of entitlement. I’m not saying that necessarily in a pejorative way, but during the 50’s and 60’s life was much slower. News was available in long articles in broadsheets like The Times. The way everything was taught at school, as well, was long essays and long things to read. People developed the skill of concentration for longer periods, and they weren’t constantly being bombarded by messages, tweets, updates on Facebook, and all these kinds of things. They had more time to think about things. Now, I think, the whole drive is to move on, and those differences are seen in both online and offline behaviour.

The YouTube phenomenon is largely something that younger people take part in. What may seem like drivel to a digital immigrant is probably something, which is highly compelling to a digital native and is more likely to go viral. It’s very strange, what goes viral and what doesn’t go viral and why it goes viral. What motivates millions of young people to like it so much they pass it on to their friends? What triggers this behaviour is something we are currently researching. Is there, perhaps, a mathematical formula that can help guarantee a video goes viral?

When you’re looking at what the brain is doing, whether you’re imaging the brain in an fMRI scanner or you’re doing EEG work, you’re always trying to identify which parts of the brain light up, as it were, when this is happening. Trying to get a sense of how that individual is responding to that particular stimulus and what would happen if you tweaked the stimulus.

Quite a lot of the work we do is with commercials. Sometimes we work with Animatics, the cartoon storyboard, which is a much cheaper to draw and recreate. Other times we will look at finished commercials which have got different kinds of endings to them to see, often at a very subtle level, which one is most likely to appeal, to actually be memorable to the audience, to evoke the right kind of emotions, the right kind of brain response, in other words, an approach response rather than avoidance response.

Often, I think it’s really quite small things that are embedded in the content. Rather than the content as a whole, one or two small things can make a major difference. The trick is to try and identify these. I think that brain imaging of some kind or at least going below the surface of conscious awareness is important. Otherwise, people in the focus group can’t tell you. It’s not that they won’t tell you. It’s that they really can’t because they don’t have conscious access to that unconscious motivation.

Q. Could you expand on your comment that “The digital natives are much more sensitive to ambiguities.” I wasn’t sure if you meant that they like things being ambiguous or if they really don’t want it to be ambiguous.

There’s a sense in which both are correct. Ambiguity can sometimes oblige digital natives to invest more attention in trying to work out what’s going on. It’s not that they’re not intelligent, just that they are under so much cognitive pressure when trying to navigate a world that is, increasingly, a booming, buzzing confusion, and an environment that demands the expenditure of much mental energy to make sense of.

The brain is only about 2% of body weight, but it uses about 20% of the energy produced through metabolism. When you’re working very hard, when your brain is very active, you need a lot more glucose to feed it.

I’ve just co-authored a book on obesity called Fat Planet: The Obesity Trap and How We Can Escape It. In it we discussed the brain’s reward systems and how people need to constantly stimulate it by consuming energy dense products. That is foods laden with sugar that provide an immediate energy boost.

That’s one of the reasons why people put on weight. When they’re stressed, when they’re working very hard, their brain is crying out for glucose. The downside of eating high energy-dense foods, which have got all the glucose and all the sugar to give you a quick energy burst and they feed the brain, they also cause you to put on weight.

Returning to ambiguity, what I am saying is that when ambiguity makes the message more interesting and intriguing young consumers will be more motivated to invest time and energy in working out what is going on. When this happens it is very powerful. It helps your marketing message stand out from the crowd. You might have a YouTube movie lasting a minute or two minutes or so, but if it raises interesting questions, such as what is happening and what’s going happen, viewers will continue to watch to discover the answers. People like closure. They don’t like things which are not closed off at the end.

So when ambiguity is resolved, attention and attraction increase. When the ambiguity is never resolved, when the outcome is left uncertain, when they don’t really know what was happening, when there is no closure, the result can be negative affect. A desire to avoid the disturbing message not only on that occasion but possibly on any occasions where the stimulus is seen as being in some way similar.

Q. You stressed that for younger people, digital natives, the image is almost dominant. Are you able to talk about the type of visual imagery that can work best? I’m talking about static imagery that doesn’t move, and we’re particularly focused online.

It’s hard to generalise. So much depends on what the message is and what the demographic is. I think one of the cleverest adverts I saw was one for Silk Cut. It’s the image of a piece of silk being slashed by a knife. There were no words to it but immediately, to people who’d been exposed to the advertising, the name came unbidden into mind.

Images which can invoke these kinds of emotional responses I think are hugely powerful. Again, that would depend on what kind of things work with what particular audience for what particular purpose.