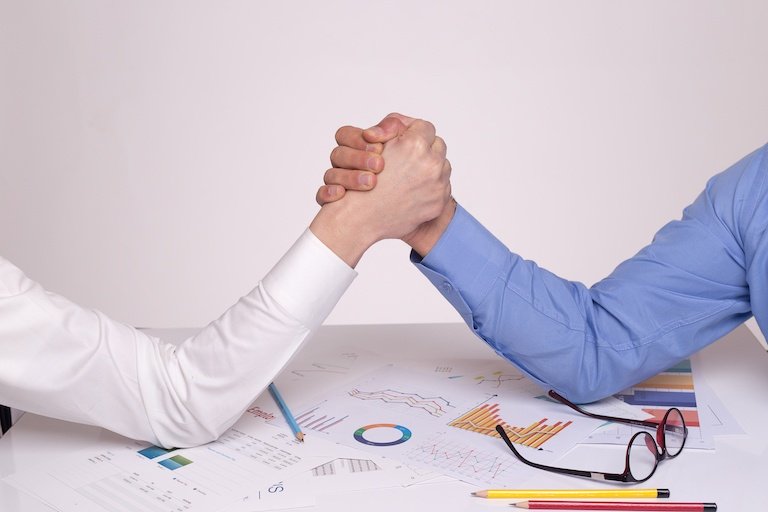 As the number of Conversion Rate Optimisation tools on the market increases, selecting the ones best suited for your requirements can be frustrating.

Crazy Egg describes itself as “like a pair of x-ray glasses that lets you see exactly what people are doing on your website.” Originally set up as a heatmap specialist, they have now ventured into the wider world of CRO technology, offering session recordings, A/B testing and even WYSIWYG content editing for your split tests.

Hotjar can no longer be called the new kid on the block as they pass their 5th birthday, though they are much younger than Crazy Egg. Describing itself as “everything your team needs to uncover insights and make the right changes.” That is just about true as well with heatmaps being just the start of what Hotjar offers. Other features in this all-in-one analytics and feedback suite include session playback, conversion funnels, form analytics, feedback polls, surveys and user testing recruitment.

In the original version of this article that we wrote some years ago, we just did a deep comparison on only the heatmap function of both tools. Now, we don’t feel that it’s sufficient as many users (ourselves included) use both for more than that.

So, we have broken the comparison table down into chunks, so you can see what each offers a bit clearer than a big long list.

So, Hotjar has more features, easily beating Crazy Egg – though lacks the A/B testing tool of the latter. However, with Google Optimize being free to use, we’re not convinced that is a big enough pull.

Originally, both of these tools were for heat mapping – and most of us still primarily use them for that purpose. So how do they compare on their ‘bread and butter’ offering?

This one is a draw, both tools are pretty comprehensive and have their pluses and minuses. The ‘heat’ graphics are better in Crazy Egg and the Confetti report can be a useful thing to look at to see if things that aren’t clickable should be. However, the sharing function is not great and the ability to download the raw data would be very welcome.

By comparison, it feels easier in Hotjar to get to the data quickly and easily pull out what you need – and the ability to then download that data is a strong plus too. It has a ‘move map’ feature that is lacking in Crazy Egg, but doesn’t have the other’s confetti option – meaning it has to be a 1-1 draw in pure feature terms for heat mapping.

But what about the practicalities? Usage, customers, reviews – and price? We’ll tackle that in the next table…

Wow, Hotjar has streaked ahead after that one! When we first published this post a few years ago, Crazy Egg was way out in front with installs, particularly in the biggest websites in Europe and USA. Now, Hotjar has completely flipped that on it’s head.

As you would expect, both tools offer companies an effective way of visualising on-site user behaviour and using this to inform the CRO process.

A few years ago Crazy Egg won this competition hands down. It stuck to it’s roots and was the better heat mapping tool, though lacked the added bells and whistles of Hotjar. But times move very fast with CRO tools and the young upstart has become the undisputed king.

Hotjar, as an all-in-one tool has the advantage of offering a suite of user insight gathering tools at a price that is much more cost-effective than getting the individual tools separately. This diversification used to mean that each feature wasn’t as full-featured as the individual tools they were emulating. But that is no longer the case. The team at Hotjar have worked hard on getting all of the tools to be of top quality and the investment is reaping rewards with total installs hugely up and still growing fast.

So, does that make it an open-and-shut case? Not quite…

Sure, if you just want a single tool that does many things under one roof – all pretty well – then it is a no-brainer. Go for Hotjar and use Google Optimize for your split testing. Along with Google Analytics, you would be able to run a solid CRO program with just those 3 tools.

But, for some reason, we still find ourselves here at AWA using Crazy Egg nearly as much as we do Hotjar.

Both products would form a solid part of your CRO tool arsenal, so neither would be a wrong decision.

It’s simply horses for courses. If you’re a UX designer that doesn’t get involved in things like customer surveys then go for Crazy Egg with it’s better graphics and confetti maps. If you’re an ecommerce manager, analyst or general digital marketer then go for Hotjar.

Finally, if you’re a CRO pro, just keep both!