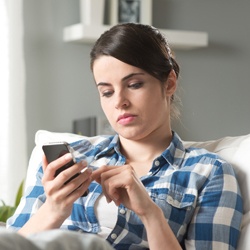 Christmas 2016: A round-up of UK ecommerce stats and insight

We have an updated version of this blog to reflect stats and insights from Christmas 2018. See here.

Further to our popular Black Friday stats round up blog – Black Friday 2016: What really happened. A round up of UK ecommerce stats – we’ve collated the key predictions, data and insight you need to know about the Christmas period, a critical period in every Ecommerce Director’s calendar.

What were people predicting?

Refering to this prediction, Dom Joseph, chief executive and co-founder of Captify, said: “Shopping online on Christmas Day is now as traditional as a ham and turkey dinner in the UK. Consumers no longer want to wait for the ‘sales’ to officially start on Boxing Day.”

Another contributing factor is the transition from physical, to virtual, gifts:

In 2015, and for the first time ever, over half of online sales were made through mobile devices. This Christmas, Captify, as reported in Internet Retailing, predicted we would see record levels of shoppers using their mobiles as their preferred device for shopping.

Neil Stewart, CEO of Salmon, said: “As consumers turn more towards digital solutions to satiate their shopping needs and wants, we fully expect online orders – including mobile – to continue to increase over the festive period. We predicted correctly that 2016 would be the first year where mobile overtook desktop during the ‘Black Fiveday’ period and we’re already seeing the same thing happening at Christmas this year.”

A UK-wide ICM consumer study exploring consumer buying behaviour between Black Friday and Christmas in the UK and Criteo data from November to December 2015 found that nearly two thirds (62%) of online purchases made on Christmas Day are carried out using a smartphone, with just 28% of shoppers opting to buy on a desktop, making it the busiest day for mobile shopping in the UK.

Individual, daily data for Christmas and Boxing Day is hard to come by, with most retailers announcing results for December, or Q4 as a whole. But the data available is still indicative of many predictions coming true.

And mobile did rule

PCA Predict’s Monthly Ecommerce Traffic Volumes shows an interesting new shape. Whilst December traffic was up 4% year on year, it was down 4% month on month. Could this signal that November, thanks to Black Friday’s recent dominance, will be the new peak online traffic month in the UK? And if so, why weren’t more people predicting this trend? Especially given that December 2015 traffic was 0.1% lower than November 2015 (down from the 5% year on year increase seen in 2014 and 13% increase seen in 2013.

How was Christmas trading for you?

This digest collates country-wide trends. But what did your numbers look like? Did they conform what others saw or did your trading go against the grain? We’d love to hear from you, leave a comment below sharing your findings.