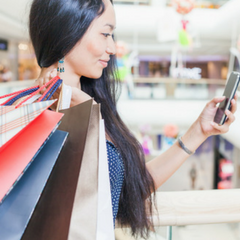 Black Friday 2016: What really happened. A round up of UK ecommerce stats

Black Friday arrived with a bang in 2014 and, three years on, it’s still a shopping phenomenon nationwide. But how did Black Friday 2016 compare to last year? Did predictions circulating before the day come to fruition or did consumers buck the trend?

We’ve rounded up the key facts, stats and figures to shed more light on what exactly happened amid the rush!

A number of sources reported an increase in the number of online visitors looking to bag a bargain in the early hours as the Black Friday sales commenced at midnight:

Ecommerce consultancy, Salmon found that between midnight and 9am, 75% of traffic came via mobile devices. A figure that dropped to 53% between 9am and midday, presumably as consumers arrived at work and switched to desktops.

Formisimo collated an interesting bunch of stats about checkout conversion. Of particular note are the findings that:

EmailOctopus reviewed 988 different ecommerce emails which were sent on Black Friday and found that very few ecommerce sites opted out of using Black Friday in their communications, with the notable exception of Apple who used the subject line “Our shopping event is on”.

But did it all translate into sales and revenue?

The data is still pouring in, but initial commentary suggests that, although they may not have reached the dizzy heights predicted – perhaps because it fell before national payday? Or because retailers stretched deals over longer time periods? – Black Friday sales were up year on year.

What did you see?

This digest talks about country-wide trends. But what did your numbers look like? Did they conform to national trends or did your trends go against the grain? We’d love to hear from you, leave a comment below sharing your findings.