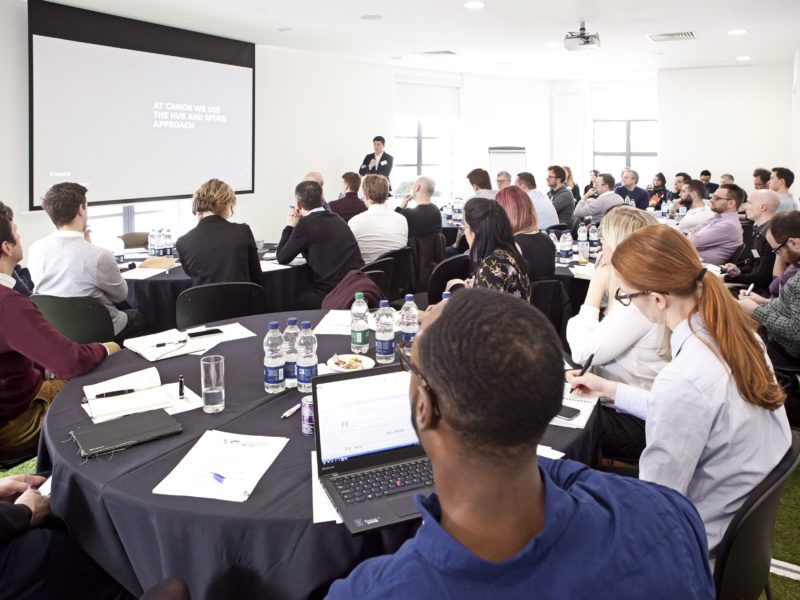 Around fifty of the UK’s leading Ecommerce professionals gathered in London last week for the first Ecommerce Conversion World conference. 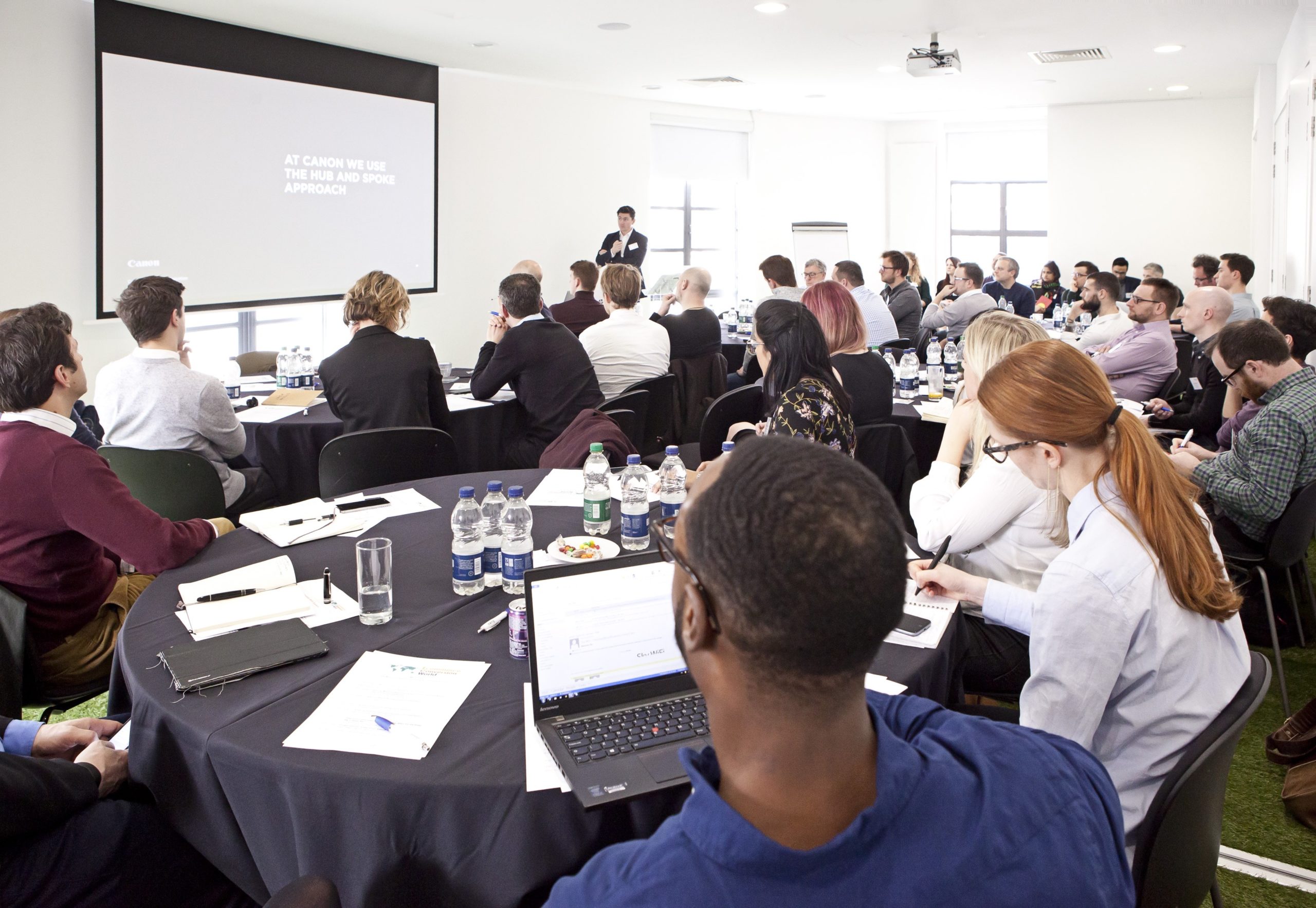 Hosted by AWA digital in the evocative surroundings of the Museum of Brands, Packaging and Advertising, invited guests were treated to a packed programme of inspirational speakers from the worlds of neuroscience, website optimisation and digital marketing.

After being inspired by the speakers, Ben Freeborn, Head of Marketing, Interflora, said  “It’s really exciting, in terms of how much we could be doing’  His fellow delegates also gave the day a resounding thumbs up, rating every presentation as ‘good’ or ‘excellent’ on the feedback forms. 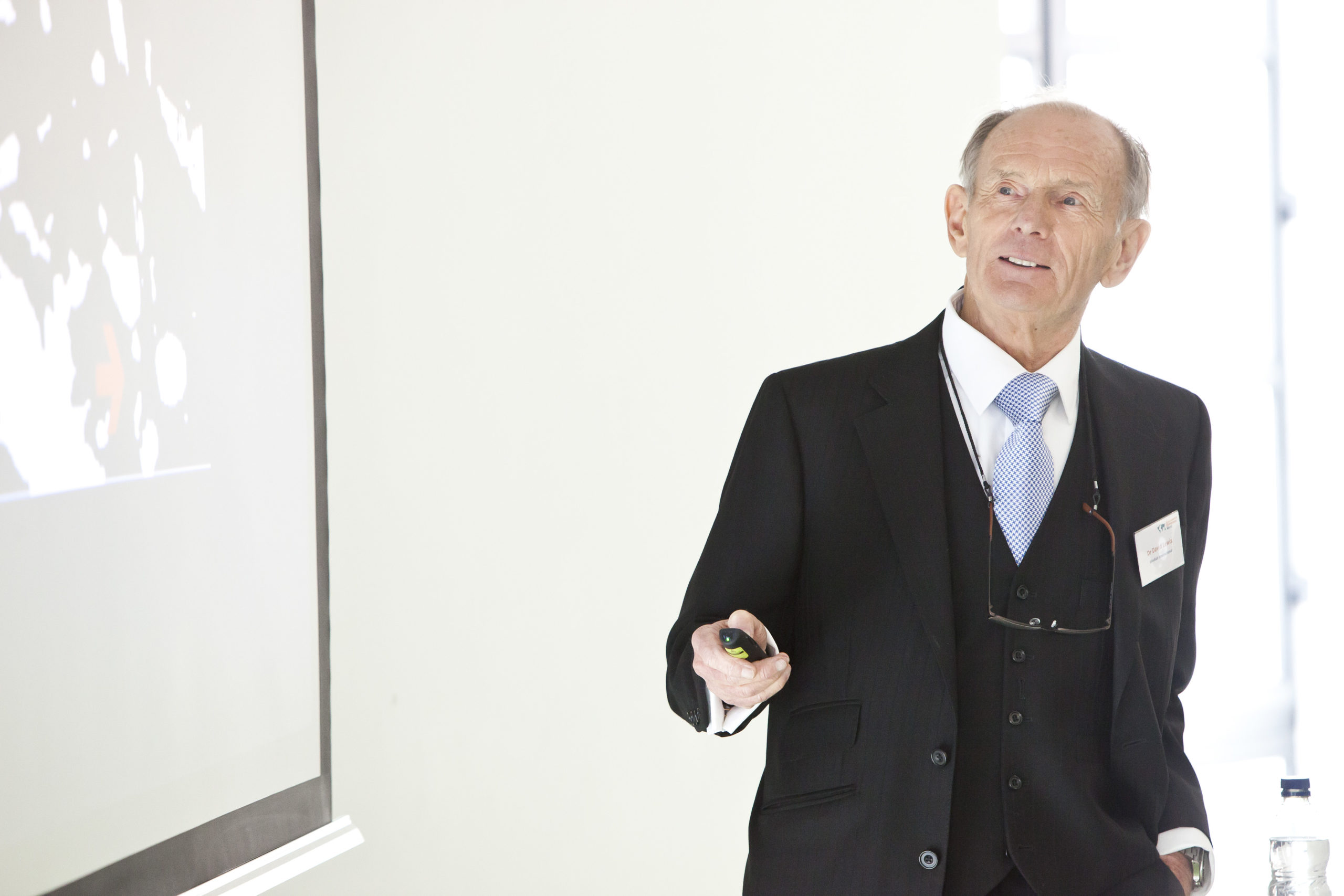 Dr David Lewis delivered an eye-opening presentation about the way the consumer brain works. Comparing it to a computer, he revealed that our grey matter processes 400 billion bits per second, but is constantly trying to save energy by looking for familiar patterns. This is why we rarely notice a face in a crowd. In fact, there are just four reasons why a particular person would stand out on a busy street. They may:

He then gave examples of how this knowledge can be used in consumer marketing, citing the repetition of advertisements as an example of familiarity being used to sell.

John Donnellan, Director Ecommerce EMEA, Canon, then shared his recipe for CRO success gained through his wealth of experience setting up ecommerce ventures for Nintendo and more recently Canon, which currently has live websites in 15 countries.

He stressed that CRO is not a project or series of projects, but a long-term vision, which should be embedded in the culture. When it’s successful it magnifies all the investment made in the other parts of the business.

Sharing an infographic of the maturity model of CRO he advocated that companies should first work out whether they are at the early stages of simple testing or the more advanced stages. Some firms want to jump straight to the end stages doing exciting and interesting personalisation experiments.  But if they have not yet mastered the basics, then it could be a recipe for disaster.

John also emphasised the importance of culture and people, saying:

“Without a good team your fancy and sophisticated software won’t work. You need to use a variety of data sources to derive insight, and a structured methodology. Be in it for the long term and don’t be tempted to start river hopping, be consistent and keep going along the river you planned. The way to avoid failure is to have a strong hypothesis, be patient and make sure it is in line with business objectives”.

His views were echoed by the next speaker, Tim Stewart of SiteSpect, a specialist in turning around failing CRO programmes. Making the point that prevention is better than a cure, he painted a vivid picture of the detailed and dispiriting work involved in putting right months or years of poorly performing CRO. 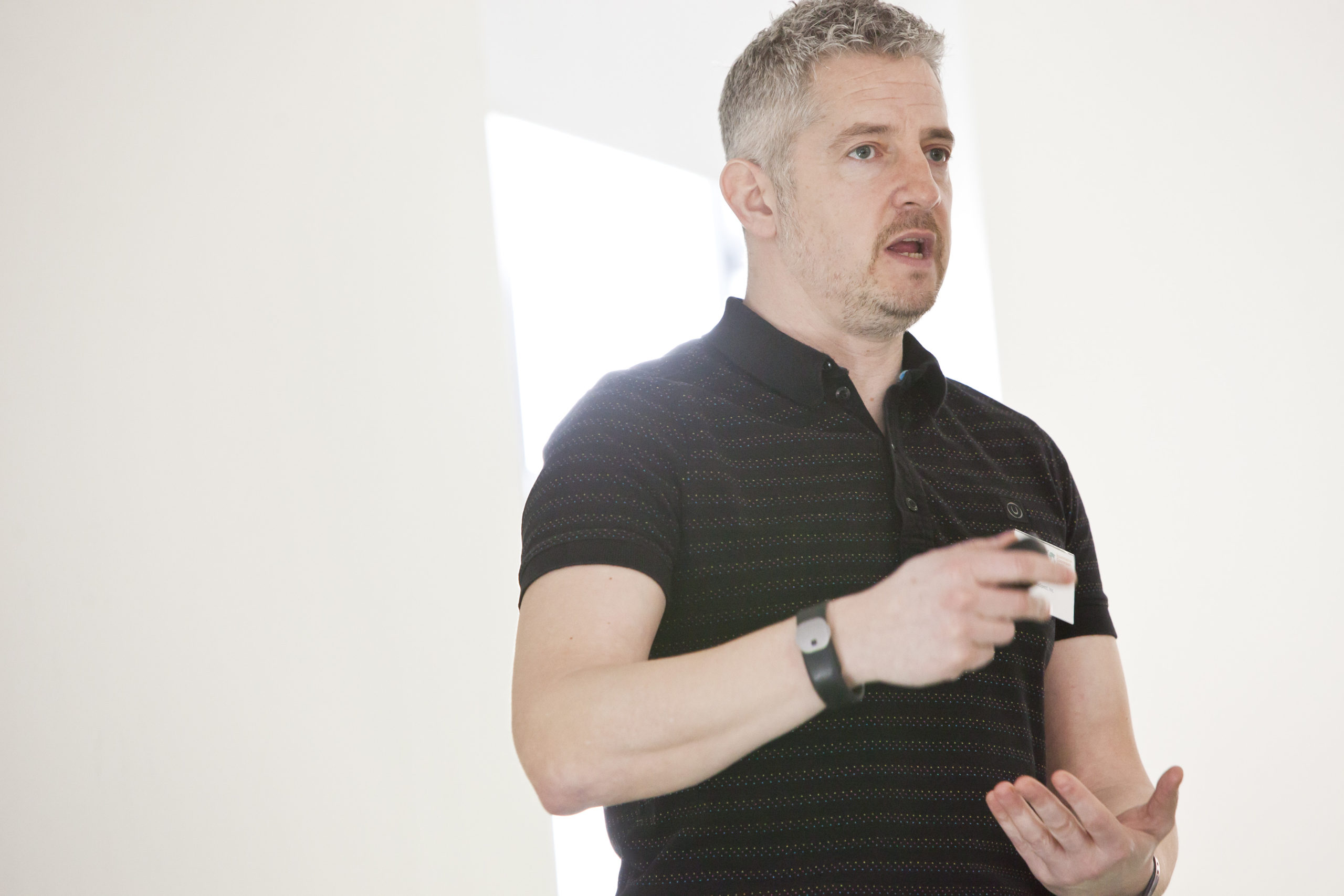 He also shared his seven steps to success:

He suggested that while there are many models, this is underlies any conversion rate optimisation programme.

Manuel da Costa then took the stage to explain work flows and team roles and to give an inspiring tour of companies that have embraced successful CRO programmes, emphasising that optimisation is not a project but a BAU (Business As Usual) activity. 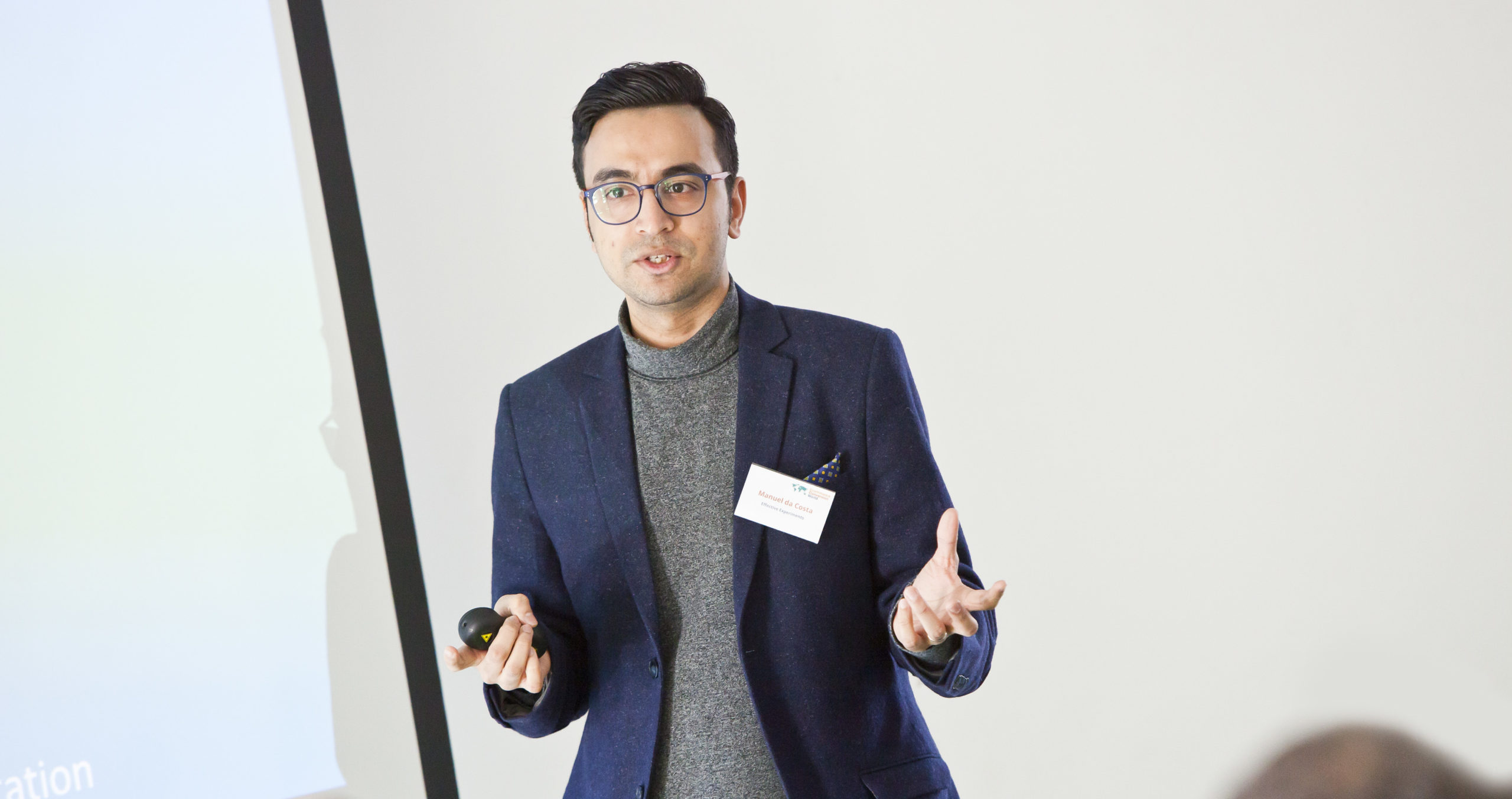 The audience got an insider’s view of how Spotify fosters teamwork by organising small multi-disciplinary teams of squads and tribes, working together to a common aim. Knowledge sharing and cross-pollination of ideas takes place through guilds and chapters of like-minded or similar skilled individuals coming together.

His top tip for a well-oiled machine and CRO success is a good mix of the 3 P’s:

This was followed by a revealing look at optimisation and innovation by Ton Wesseling of Online Dialogue and founder of the Conversion Hotel conference in the Netherlands. His talk reiterated the importance of running tests based on customer research, and documenting the learnings.  He also suggested numerous ways to improve the speed of an optimisation process – important because a faster process means more tests which leads to more inventiveness and more success. 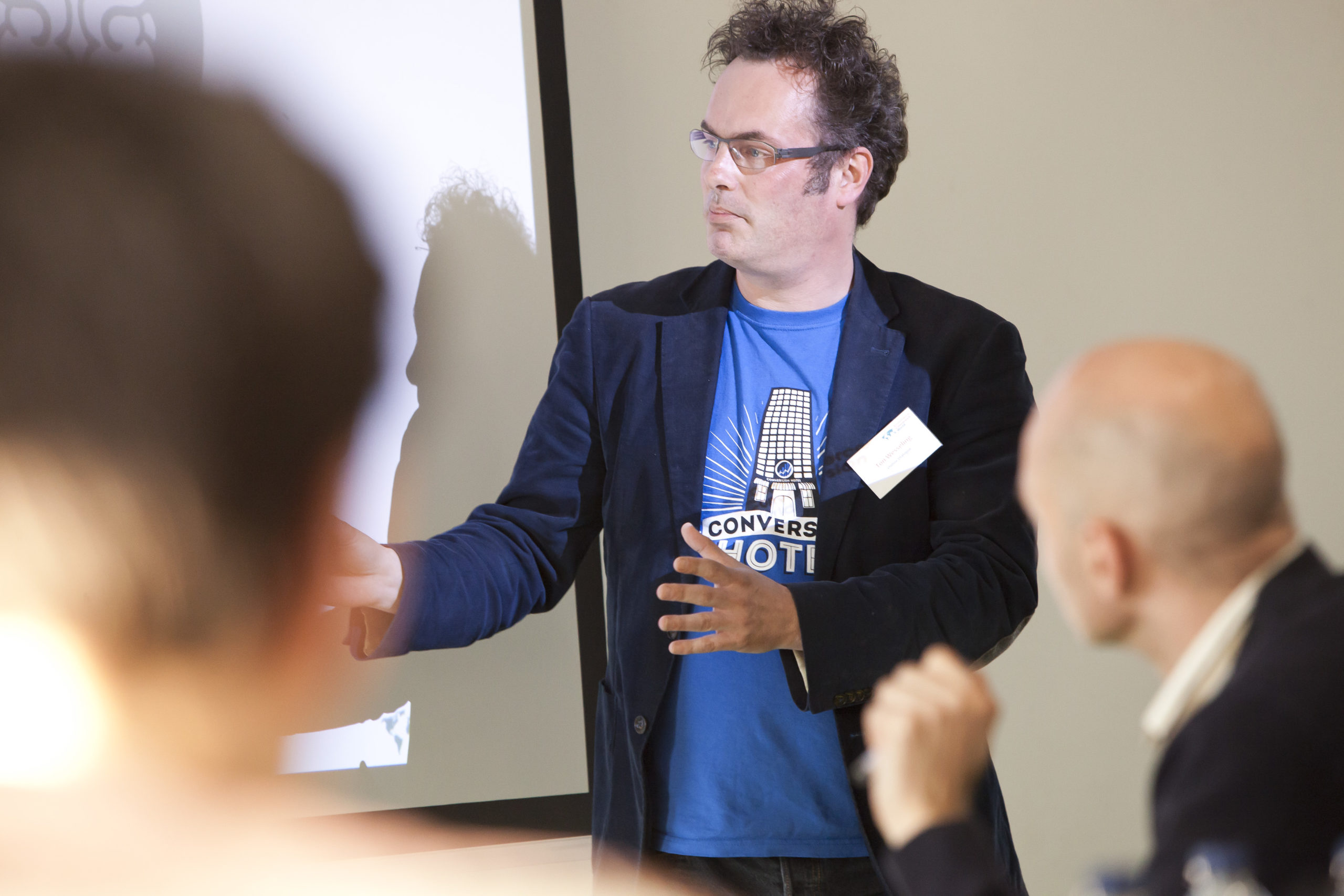 His talk also gave some positive answers to the perennial question of what to test, by looking at the business case for each one, illustrated with different case studies.

The day was rounded off with a live demo of the new Google Optimize tool by Shahina Meru of Merkel|Periscopix. She quickly gained everyone’s interest with photos of pick n mix sweets, designed to illustrate how easy it can be to give web visitors more of what they like; a truly customised experience based on integration with Google Analytics data. It led to a lively Q & A as delegates became excited about possibilities this new tool offers. 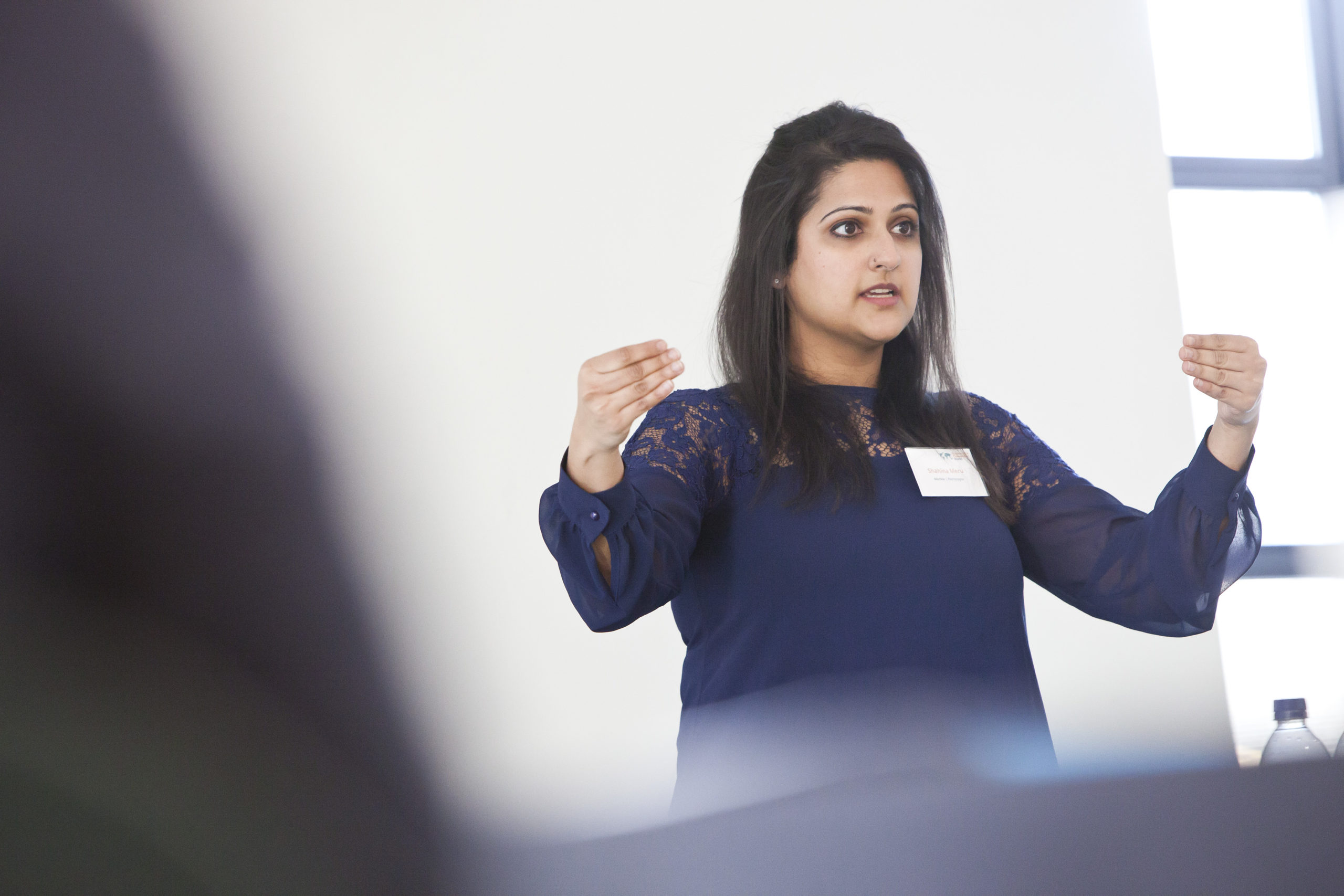 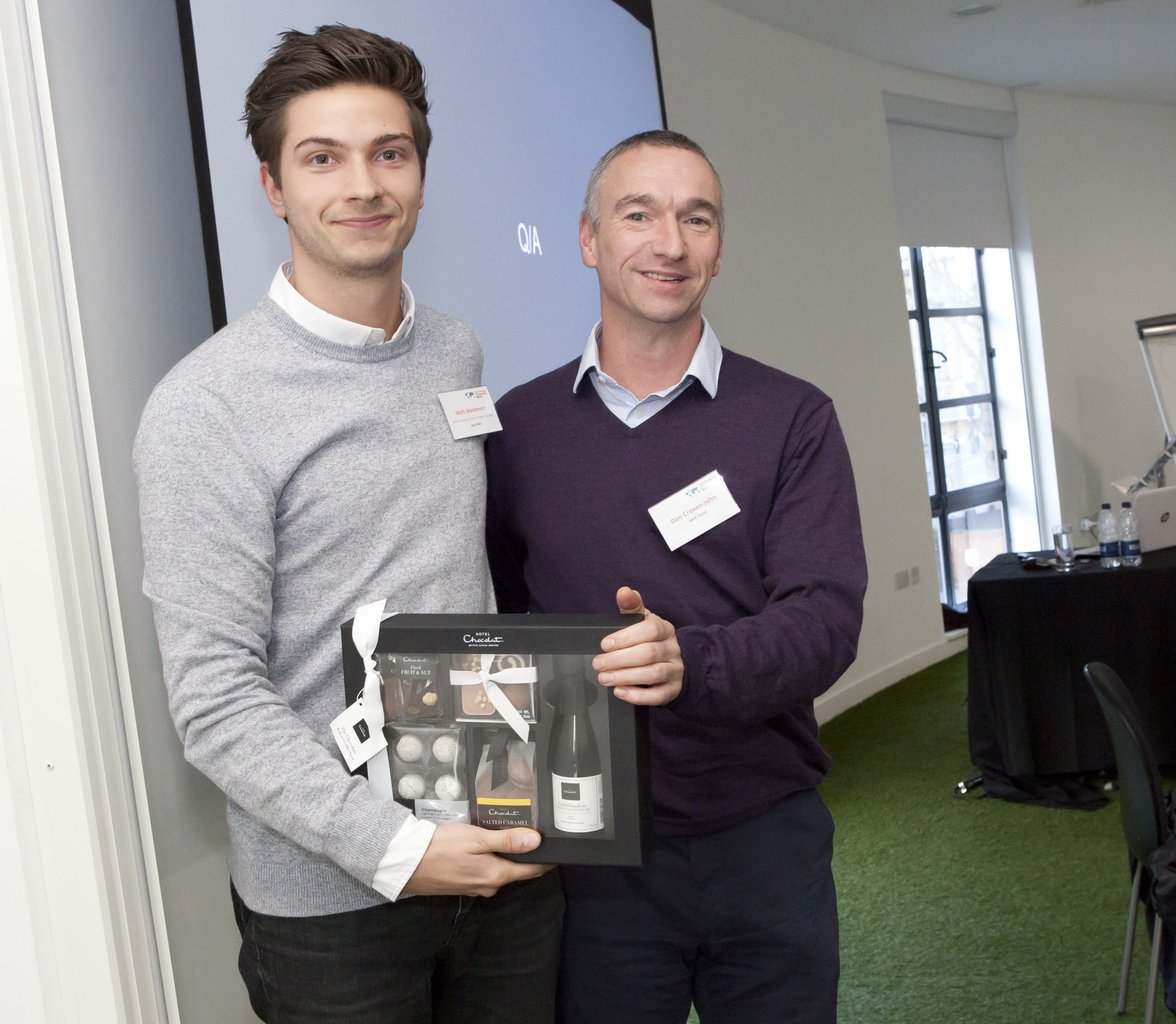 Guests were then transported back in time as Champagne and canapes were served in the museum’s unique Time Tunnel. Networking came easily as the winding display of historic consumer packaging, products and advertising sparked conversations of shared memories. 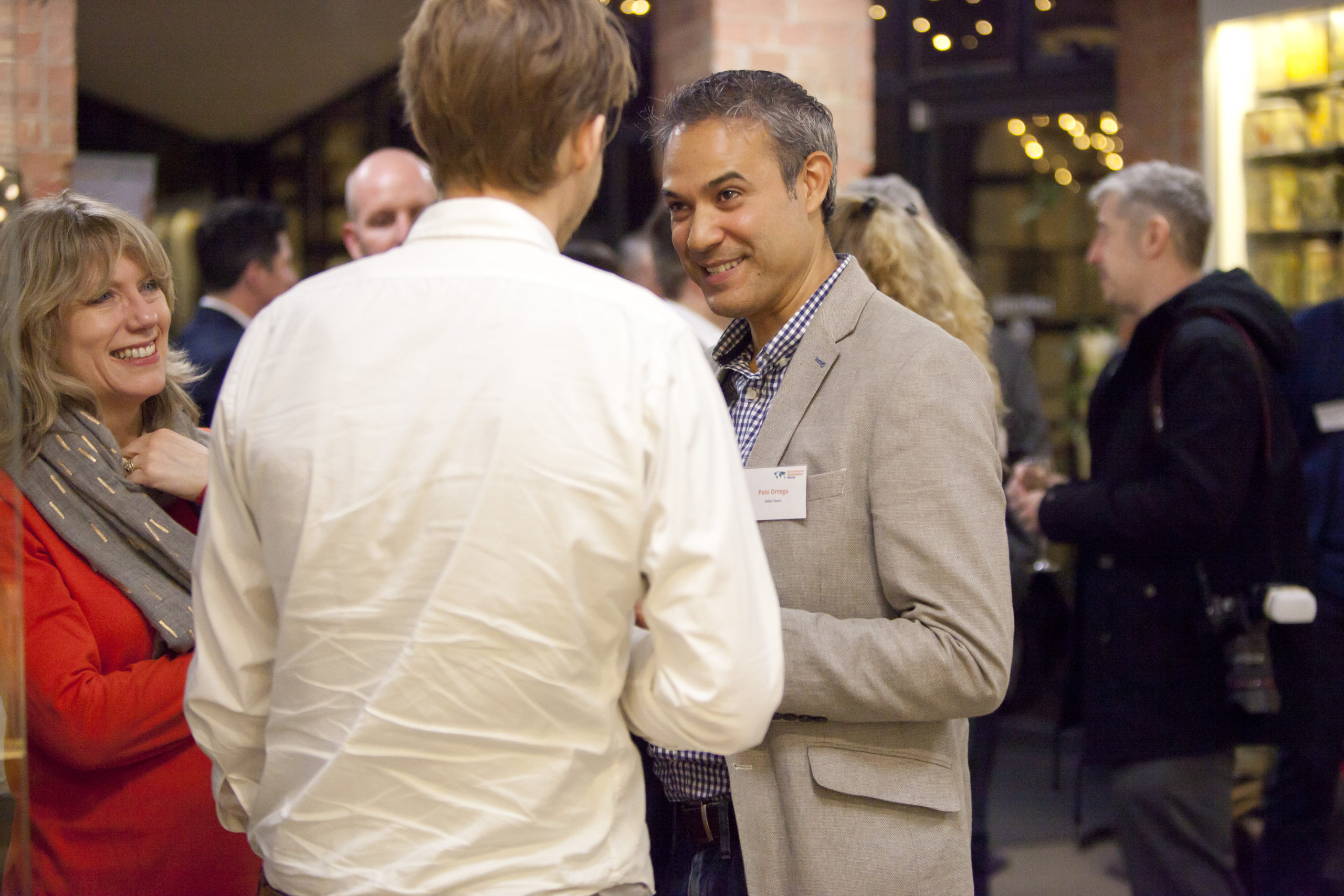 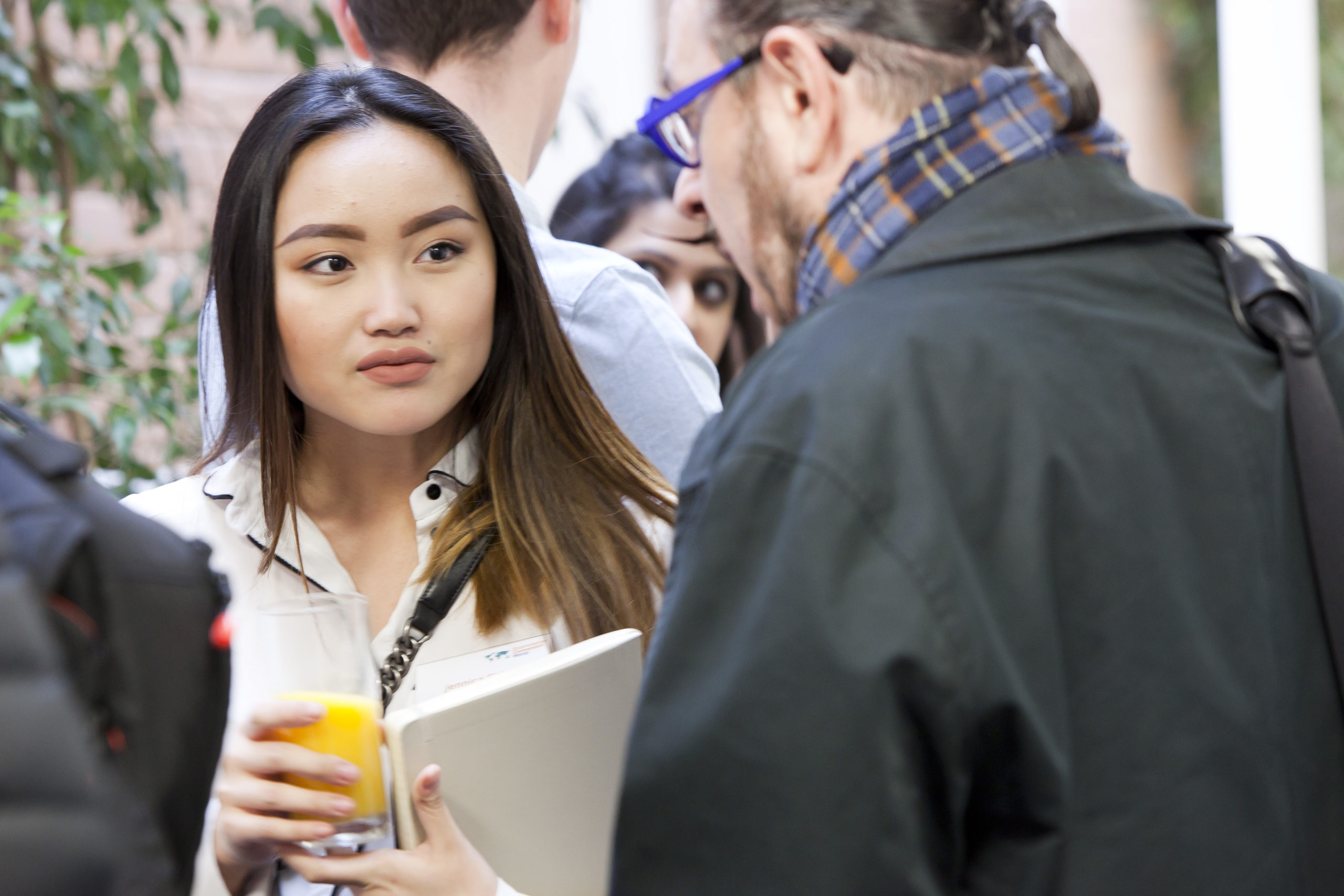 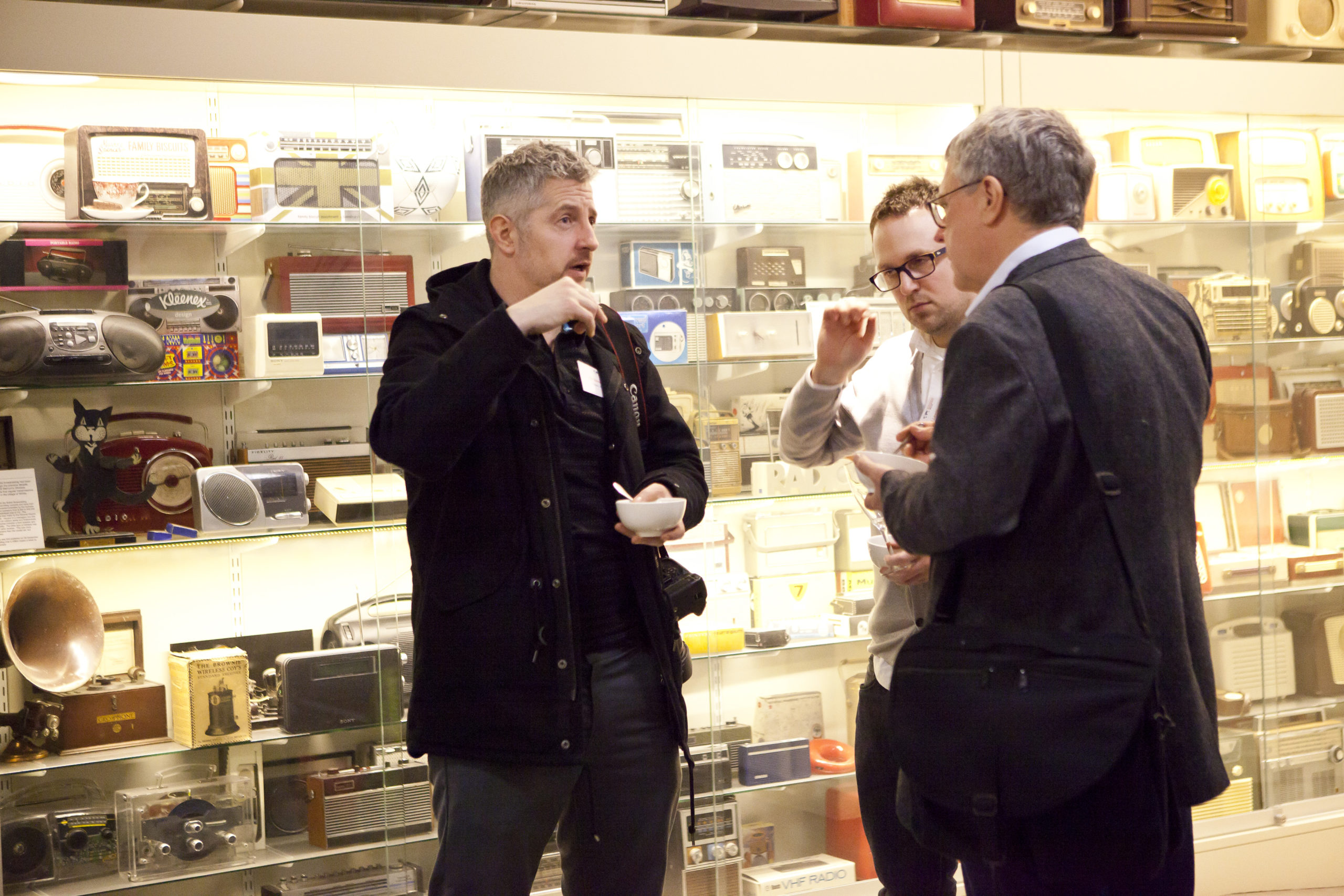 Feedback shows the event has been a storming success, with calls to repeat the event annually to help keep the world’s leading Ecommerce professionals at the cutting edge of optimisation research and practice.

“It’s been an excellent day” said Ben Freeborn. “It’s very rare to be able to come to an event where there’s a deep dive on a single topic like Ecommerce optimisation. It’s brilliant that AWA has got so many genuinely great speakers together in an area of specialisation that they’re passionate about and want to share – without any blatant self-promotion.”

His view was echoed by Sara Cohen, Head of Ecommerce, Space NK who said, “There was a nice varied mix of speakers. I especially enjoyed the talks with real life case studies or a ‘to-do’ list of things I could go away and implement. I was glad it wasn’t a big solutions sales pitch. If this event happens next year I would definitely come back and bring some of my team”.

If this has whetted your appetite to learn more about any of the talks that took place at Ecommerce Conversion World 2017, then please sign up for emails using the form to the right and we’ll let you know when more photos, slides and videos go live.