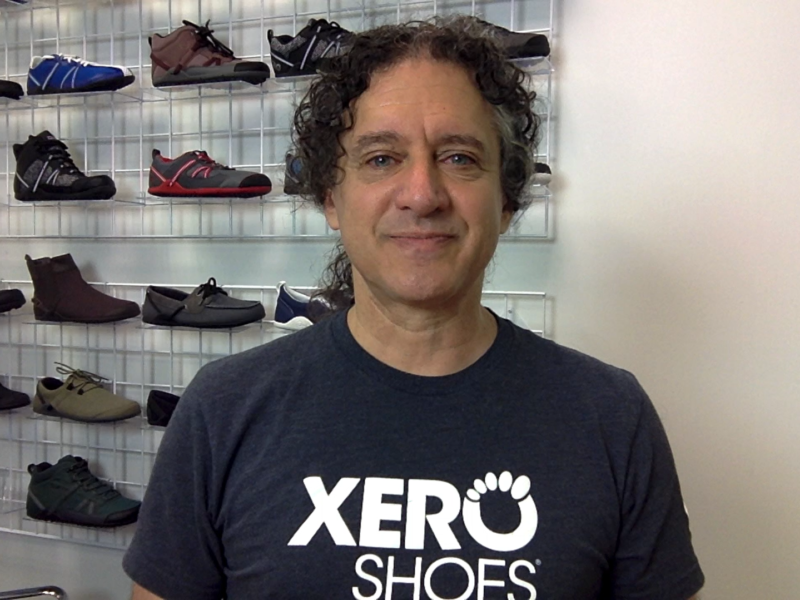 In this blog, Steven Sashen, from Xero Shoes, shares why they chose AWA and got a ‘massive increase in revenue’.

You can watch the video of Steven below:

Hi, I’m Steven Sashen from Xero Shoes, and I want to talk to you about AWA digital.

But before I do, I want to tell you a little bit about me so you know the context of why I’m going to say what I’m going to say. I’ve been an internet marketer since 1992, and I have done everything. In addition to selling incredibly comfortable shoes, I’ve sold software and information products, consulting services and search engine marketing services, so almost everything you can think of. I’ve been involved with every aspect of internet marketing, I was one of the first guys to actually figure out SEO back in the days when all you needed was white text on a white background and a whole lot of keyword stuffing.

So, as CEO of Xero Shoes, I didn’t have time to do everything that I know how to do, so I had to find super super competent partners to take on those jobs, and that’s why we’re here talking about AWA digital.

One of the most important things you can do as an internet marketer, is find people who are perfect for your business, and drive that traffic to your website. The next thing that’s most important is to be able to optimise what happens on that website so you get the biggest bang for the buck with that traffic you’ve generated.

When it comes to conversion rate optimisation, you’re going to find two kinds of people. You’re going to find people who do what they call ‘best-practises’ which aren’t ever really ‘best-practises’, because every website is a little bit different. The needs are a little bit different and audiences are a little different, which is why the needs are a bit different, and there are people you’ll meet who’ll just say ‘hey, we’re going to change this button colour’ and ‘hey, we’re going to change the wording on this headline’ – all those are fine, but that’s kind of low-hanging fruit, the simple stuff. When you get in to the more advanced, I don’t want to call it advanced even, it’s just a different philosophy about conversion rate optimisation, it’s where it starts with psychology, it starts with an understanding of who those potential customers are, what they want to see when they come to your website. Basically, they want to see themselves. They want to hit your website, and go ‘yeah, that’s what I’m looking for, that’s why I’m there’, and then you want to give them the smoothest path through, all the way to the purchasing process, and frankly, that’s a lot more about psychology, than it is about what the button colour is, or how big the button is, or how big the font is, or things like that.

Now, by the way, if you get to my site right now, you might have some opinions about whether I’m doing what I’ve said, and that’s because we’re still in the middle of testing. So, one of the other things about AWA, in addition to thinking that psychology is where it all begins, is that they’ve got a really robust process for really seeing if the decisions that we make, make sense. So we’re still in a process – I’ve been working with them for  a couple of years, and we’re still in the process of tweaking. A, because you can always find little improvements, or at least it seems that way, and B, because for us, our audience is expanding as our product line expands. So the messaging changes, as we have different kinds of people coming for different kinds of reasons.

They’ve been really great to work with

Suffice it to say, they’ve been really great to work with, completely transparent, which is hugely important. You want to make sure that people are willing to explain everything that they’re doing, and show the results, positive and negative, because not every test is a winner. But, if you have tests that don’t produce improvements in conversion and increased revenue, you want to learn from that, and AWA has been really good. There are frankly not very many times where we’ve had tests that were either flat, or slightly negative. What we’ve learned from that is what’s lead us to tests that have actually been positive. And when I say positive, I mean things that have generated, over the time that we’ve worked together, an extra couple hundred thousand dollars.

Some of the tests we’ve just run have actually generated lift…. I don’t want to give you percentages, because percentages are goofy – if I just say 50% lift, that means that what you started with was crap, and an extra 50%, who really cares?

But what we’ve seen is enough percentage lift that it’s made a massive difference in actual revenue for us. And that’s another thing you want to pay attention to, don’t listen to people when they say ‘Hey, we’re guaranteeing 50-100% lift’, or they’re showing you case studies from people where they have incredibly huge numbers, that just means that where things started was really bad. But frankly, if you’re starting there, then AWA can help tremendously, because they do have the skill set and the understanding and the knowledge to take something that is good and make it better, or take something that is not very good, and make it really good.

Anyway, I hope that’s helpful, if you have any questions, I’m more than happy to chat more about that, but more importantly, I highly recommend AWA, and I hope you’ll be satisfied with them, just like I have been.

Ready to get results like this for your business?